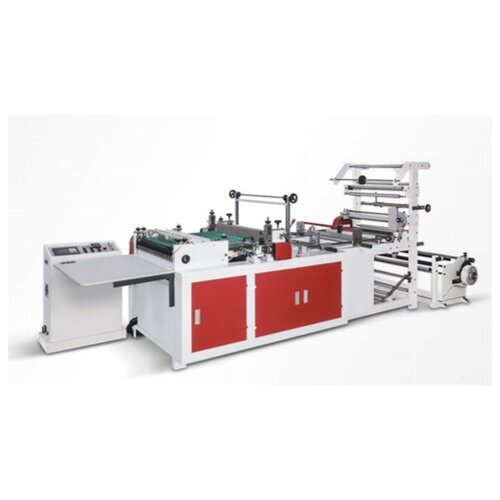 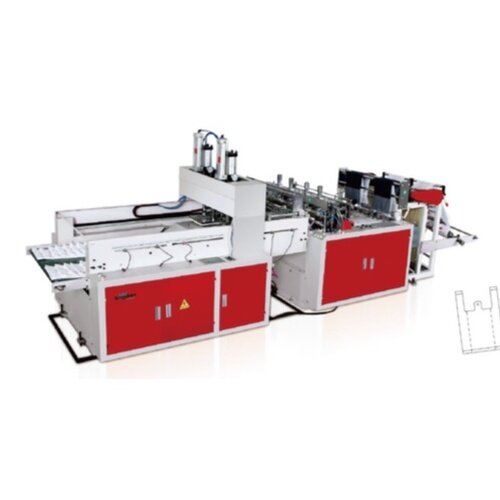 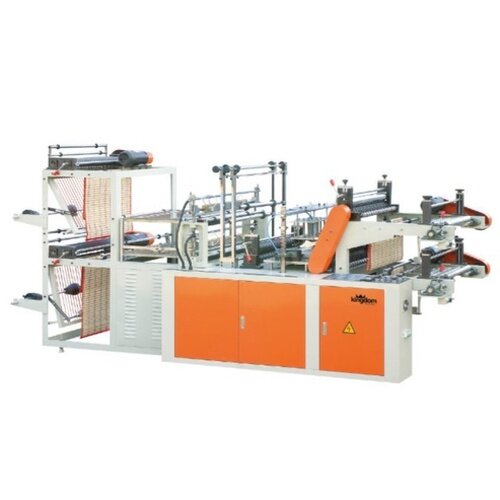 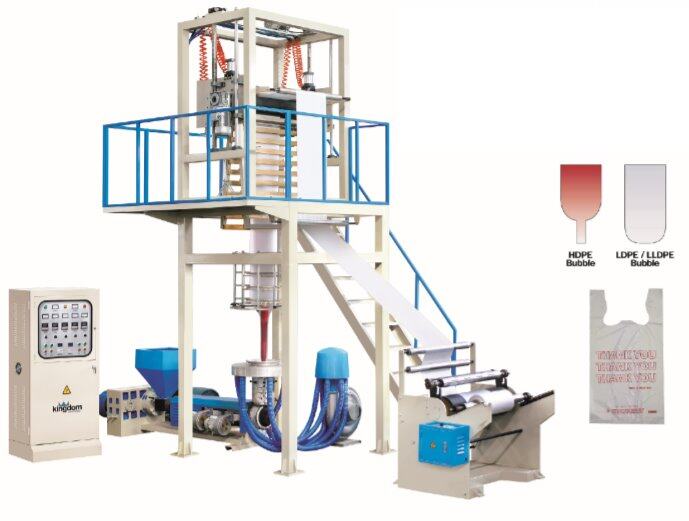 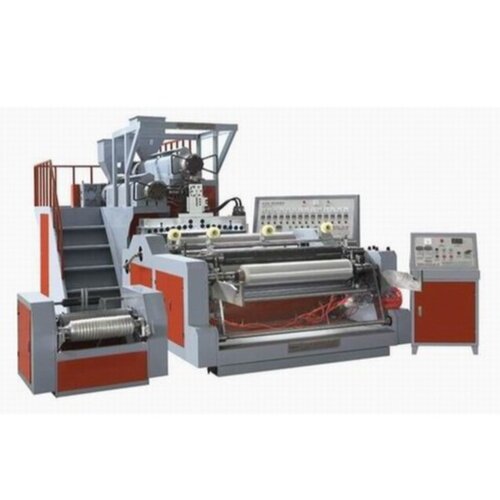 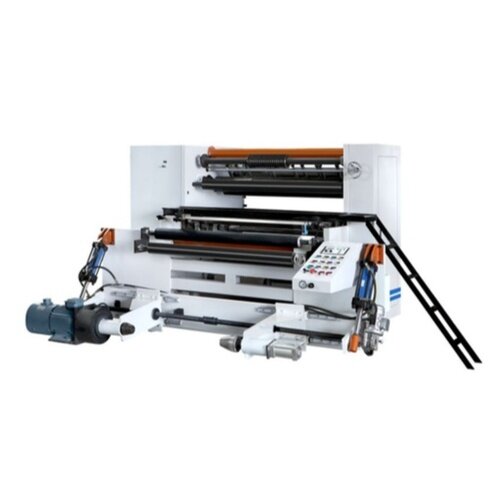 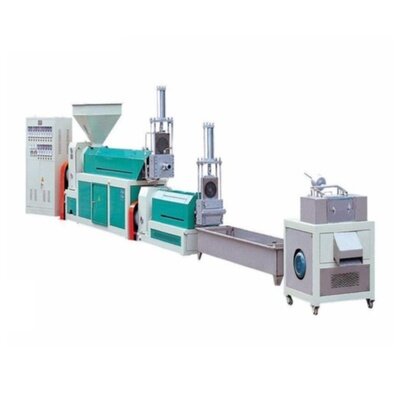 Plastic Bag Making Machine processing is the final step in the manufacturing and processing of flexible plastic bag. If the quality of bag making process isn't high enough or the quantity of waste is excessive, the earlier processes like blowing film as well as composite printing are likely to end up being used up and downstream customers are likely to have an enormous effects on the manufacturing and operations.

2.What can I do when the seal of the bag maker machine isn't as strong?

Reasons:
1. The temperature for heat sealing is excessively high.
2. The pressure is too high.
3. The time to seal heat is too long.
4. A sharp edge on the top section of the sealer sharp or the PTFE coating is damaged.
5. The seal on the bottom is Silicone rubber that is too hard.
6. During the process of compounding and curing in the compounding and curing process, a small portion of the adhesive gets absorbed into the film. As the substrate is impacted by the adhesive. As a result, the hardness (that is, resistance to impact) has diminished as well as the brittleness grown;
7 Plastic composite baggies for packing Following cooling and placement the bags, the durability of the heat seal is increased and the bag also begins to soften.

1. In accordance with the heat sealing properties of the inner sealing material, choose the right temperatures, pressure, and time to seal the heat;

2. Improve the condition of the surface of the top heat sealing knife, making the sealer's surface smooth;

3. Wrap the cloth with polyethylene. The cover is intact.

4. Select a rubber pad made of silicone with the appropriate degree of degree of hardness.

What do I do if my bag starts to shrink after being heated sealed by the bag maker?
The reason:
1. Its thickness in the composite film appears variable;
2. The temperature for heat sealing is too high, or the time to seal can be too lengthy.
3. In the heat sealing knife's longitudinal section The running path of composite films isn't straight.
4. Insufficient cooling.
5. The time for curing isn't enough.
6. The film that covers the surface of the substrate is not very resistant to heat.
7. Inadequate control of the tension-matching on the surface of the composite film during the process of compounding can result in residual stress after curing and setting. This is especially true because the film is less this type of failure is more likely to occur.
Countermeasure
1. The tension can be adjusted on the roller that is floating.
2. Use an inner sealing base with low temperature heat sealing.
3. Adjust the temperature of the heat seal to a suitable temperature.
4. Let it cool down to a certain degree.
5. Create a film that is mature.
6. Select the film that covers the surface.
7. Adjust the tension on each component of the composite equipment, and attempt to ensure that both substrates shrink the same.

What can I do if I notice that the outer shape of the heat-sealed exterior of the bag maker is not visible after heat-sealing? (The knife's pattern is not transparent)
The reason is:
1. A short cooling period.
2. Insufficient contact between the cooling plate
3. While the pad is heated, the edges melt.
4. Forces of heat sealing in the longitudinal direction that are not balanced
5. Edge of heat sealing knife is sloping and blunt.
Countermeasure
1. Set the cooling time.
2. Adjust the cooling plate to your liking.
3. Adjust or replace the knife that seals heat
4. Avoid melting at the edge due to overheating of the silicon pad.

What can I do if the sealing power of the bag maker is not as strong after heat sealing?
the reasonfor this:
1. The adhesive used in the composite film hasn't been sufficiently cured.
2. The conditions for heat sealing aren't appropriate.
3. It is too long that the distance between heat sealing and cooling knife is not long enough.
4. There is an issue with the outer layer of sealing.
5. The ability to seal heat in the ink is weak, resulting in a reduction in the strength of composites of the film in the part that is sealed with heat.
6. Dust or spray powders and other substances stick on the cover.
7. The strength of the composite is not high or the strength of the heat-sealed area is reduced too much.

Countermeasures:
1. Help to promote the hardening process of adhesive (curing or curing) by conserving heat and aging. This will improve the strength of the composite and resistance to heat of the film composite.
2. Find the ideal conditions for heat-sealing (temperature as well as time and pressure) depending on the shape of the material, the heat-sealing state and so on. Or, you can enhance the method of heat-sealing, and then cool down immediately following the heat-sealing process.
3. Verify the shelf time and storage conditions of the film that is heat-sealable. If the film that is heat-sealable uses the older batch of film and also the film has been sealed with heat needs special attention.
4. The thickness of the film that can be heat-sealable.
5. Modify the type and the grade of the heat-sealable material and choose a film that has anti-pollution heat-sealability.
6. Make sure the quality of the adhesive is in line with the specifications (the release of low-molecular substances within the resin could alter how the glue is made)
7. Improve the heat sealing efficiency for the layer of heat. manage the composition of the slip agents and make use of the mlldpe film.
8. Monitor the monomer concentration in MDI within the composite adhesive.

What can I do if the formation of air bubbles, or uneven surface appear within the heat-sealed portion of the bag maker machine?
The reason is:
1. If heat-sealing takes place on structures made of hygroscopic materials like nylon film the film's hygroscopic properties will cause air bubbles as the film absorbs water.
2. The heat-sealing blade or pad of silicone is not even.
3. Insufficient pressure for heat sealing.
4. Utilizing one-component adhesives like neoprene, when sealing bags with heat are used, the heat cover is susceptible to pitting.
Countermeasures:
1. Maintain the raw materials and semi-finished goods well-ventilated to stop the absorption of moisture.
2. Adjust or check or adjust the knife for heat sealing or the heat sealing pad.
3. Removing the glue.